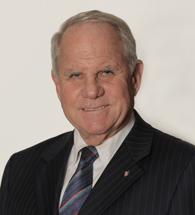 Born in Daytona Beach, the son of a pioneer family, Dr. Carl Lentz III was raised around the world. He graduated with a BS in Biology in 1966 from Emory University in Atlanta, before attending the University of Miami Medical School, where he received an MD in 1970.  Dr. Lentz completed his residency and training in general surgery and plastic surgery while in the United States Air Force and has been board certified in General Surgery since 1976 and Plastic Surgery since 1978.  He began his private practice in 1979. He continued to serve the United States government as a full Colonel in the United States Army Reserves and was called to active duty during Desert Shield-Desert Storm in at the 86th Evacuation Hospital in Saudi Arabia 1990-91.

He is a Fellow of the American College of Surgeons, and a member of the American Society of Plastic Surgery and the American Society for Aesthetic Plastic Surgery. He is Past President of the Florida Medical Association, Past President of the Florida Society of Plastic and Reconstructive Surgeons, Past President of the Volusia County Medical Society, Past Chairman of the Civic League of the Halifax Area. Dr. Lentz and his wife, Cheryl, reside in Daytona Beach Shores. Their daughter Ashley K Lentz MD FASC joined his practice in September 2016. They have a son, Carl W Lentz III, a Commercial Real-estate Broker in Volusia County and a daughter Parrish L Peddrick, an attorney in Greensboro, North Carolina. They have 7 grandchildren.