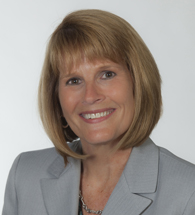 Martorano has served a variety of roles at Halifax Health beginning in 1985 as a Public Relations Specialist and then Director of Administrative Services and Physician Recruitment for 15 years. From 2000-2005, Martorano served as Executive Director of Volusia Health Network, a preferred provider physician network that is an affiliate of Halifax Health.  In August, 2005 she was appointed Administrator of Halifax Health-Medical Center of Port Orange, an 80-bed acute care facility that opened in December, 2006.  She assumed the additional role of Chief Marketing Officer in 2007 and the role of Chief Human Resources Officer in 2010. She assumed the role of Executive Vice President & Chief Operating Officer in 2013.