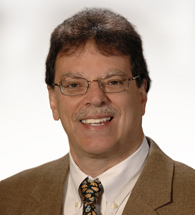 Daniel G. Francati of Ormond Beach has four decades of business management experience, with an emphasis in financial management, accounting and budgeting.

Francati served as the president of Daytona Beach Kennel Club from 2005 to 2016. Locally, he served two years on the Halifax Area Advertising Authority and is a member of the Daytona Beach Chapter of Rotary Club.

Francati received a bachelor’s degree from St. Bonaventure University and a Master of Business Administration from Arizona State University.