Christopher Stanley, MD, FACOG, a board-certified urogynecologist and medical director of the Halifax Health – Center for Female Pelvic Medicine, is scheduled to become a full Fellow of the American College of Surgeons on October 4. 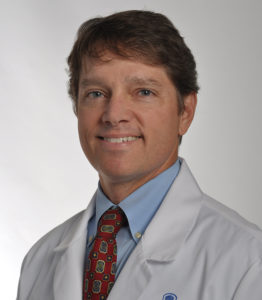 Dr. Stanley and other 2015 Initiates will be inducted as Fellows of the AmericanCollege of Surgeons in a Convocation Ceremony during Clinical Congress which will be held October 4-8 in Chicago, Illinois.

Dr. Stanley is a graduate of the University of South Florida College of Medicine in Tampa.  He completed his residency in obstetrics and gynecology at VanderbiltUniversityMedicalCenter in Nashville, Tenn.  In addition to being board certified for Female Pelvic Medicine and Reconstructive Surgery, he also is certified by the American Board of Obstetrics and Gynecology.  In addition, he is a Fellow of the AmericanCollege of Obstetricians and Gynecologists.

The American College of Surgeons is a scientific and educational organization of surgeons that was founded in 1913 to raise the standards of surgical practice and improve the quality of care for surgical patients.  The College is dedicated to the ethical and competent practice of surgery.  Its achievements have significantly influenced the course of scientific surgery in America and have established it as an important advocate for all surgical patients.  The College has more than 80,000 members and is the largest organization of surgeons in the world.