“This is a tremendous honor for Jeff,” says Glenn Ritchey, chairman of the Halifax Health Board of Commissioners.  “The chief executive officers featured on this list lead some of the largest, most successful and prominent nonprofit healthcare organizations in the country and Jeff is among them.  He has done a great job stewarding Halifax Health and balancing the health system’s fiscal stability with its commitment to provide our community the highest quality medical care.” 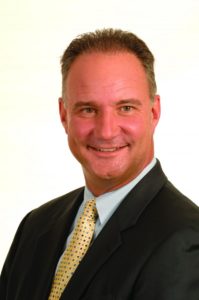 Feasel began his healthcare career in Ohio where he spent 16 years directing essential business operations for the Medical College of Ohio Hospitals in Toledo and WoodCountyHospital in Bowling Green.  In April of 2000, he joined Halifax Health where he filled critical roles including chief operating officer, president and chief executive officer of Patient Business and Financial Services and vice president of Halifax Community Health System.  In January of 2005, he was named president and chief executive officer of Halifax Health.

As a dedicated healthcare professional, Feasel has been actively involved in the governance of many industry associations including the Safety Net Hospital Alliance of Florida, VHA Southeast, America’s Essential Hospitals, Florida Hospital Association and the American Hospital Association and Emergency Medical Foundation.  He is a member of the AmericanCollege of Healthcare Executives and Healthcare Financial Management Association and serves in leadership roles for multiple community organizations including the Civic League of Halifax Area, Daytona Regional Chamber of Commerce, Daytona Beach Community Foundation, Healthy Communities Board and the Florida State University Community Advisory Board.

An advocate for education, he has served on the Bethune-Cookman University Business Advisory Board, Embry-Riddle Aeronautical University Board of Trustees and Daytona Beach Youth Mentoring Program Advisory Board.