Halifax Health has collaborated with University of Florida Health (UF Health) to bring advanced Neurosurgery to Volusia, Flagler and Brevard Counties. Board-certified and fellowship-trained Neurosurgeons from UF Health lead the program and are located at the main campus of Halifax Health in Daytona Beach.

Halifax Health serves as the areas only Level II Trauma Center and through this partnership with UF Health we can now expand on the services available to our community reach in Florida.

Dr. Patrick Han graduated from the University of Kansas Medical School in 1997.  He then went on to complete his neurosurgical residency at the Barrow Neurological Institute in Phoenix, AZ.  Dr. Han continued his studies, completing fellowships in Cerebrovascular Neurosurgery, Endovascular Neurosurgery and Complex Spine Surgery at the Barrow Neurological Institute.

After completion of his residency and fellowships, Dr. Han accepted a position as Assistant Professor at the University of Louisville in the Department of Neurosurgery in 2005.  He went on to accept the role as Medical Director of the St. John Neuroscience Institute in 2006.

Currently, Dr. Han is the Medical Director of the University of Florida Health, Department of Neurosurgery at Halifax Health Medical Center.  Dr. Han’s clinical interests include brain aneurysms, brain arteriovenous malformations, cavernous malformations, brain tumors, carotid stenosis, as well as cervical and lumbar spine surgeries, which includes but is not limited to artificial cervical and lumbar disc surgery for motion preservation disc replacement.  He has training in clipping and coil embolization of aneurysms, as well as carotid endarterectomy and stenting.

Dr. Baxter went on to complete her neurosurgical internship and residency at Louisiana State University Health Science Center in New Orleans, LA. During her residency, Dr. Baxter received the department’s “Top Gun” award for highest board scores, and was awarded the Dean Echols award for best research presentation at the Louisiana Neurosurgical Society meeting in 2016. Following residency, Dr. Baxter completed her endovascular neurosurgery fellowship at the University of Utah in Salt Lake City in 2019.

Dr. Baxter’s subspecialty interest is endovascular treatment of vascular disorders of the brain and spine, including aneurysms, arteriovenous fistulas and malformations, carotid stenosis, and stroke. Additionally, she provides care to patients with general neurosurgical conditions, such as degenerative spine disease, brain tumors, peripheral nerve and trauma. She is a proponent of patient-centered personalized neurosurgical care and minimally invasive approaches.

Dr. Khanna is a Board Certified Neurosurgeon. He is a Fellow of the American Association of Neurological Surgeons and a Clinical Assistant Professor at the University of Florida College of Medicine. He specializes in minimally invasive cervical and lumbar spine surgery. He obtained his medical degree from The Ohio State University and Neurosurgical training at Henry Ford Health with a Fellowship at UCLA Medical Center.

Dr. Khanna has authored many publications in peer-reviewed journals. He is also a prolific inventor with patents in innovative spinal and cranial surgery procedures. His research has been featured in several publications including the cover page of the prestigious Journal of Neurosurgery.

After receiving his MD, he remained at UNC to complete his internship and residency, both in Neurological Surgery. He received numerous awards during his training, including both the Hydrocephalus Association Award and the Resident Traveling Fellowship, both from the AANS/CNS Section on Pediatric Neurosurgery, was elected to UNC’s Academy of Educators, and was named a Socioeconomic Fellow of the Council of State Neurosurgical Societies. Finally, he relocated to Pittsburgh to complete a prestigious subspecialty fellowship in Pediatric Neurosurgery at the Children’s Hospital of Pittsburgh. He joined the University of Florida Department of Neurosurgery in 2017.

Dr. Blatt’s clinical interests include all aspects of pediatric neurosurgery, with special focus on brain tumors, epilepsy, minimally-invasive and transnasal (through-the-nose) brain surgery, and congenital spinal disorders. His research interests include not only those aspects of pediatric neurosurgery, but also medical and surgical education, surgical simulation, and physician process automation. He collaborates with computer brain modeling researchers at Old Dominion University and UF, and with the large Brain Tumor Immunotherapy group at UF Shands/McKnight Brain Institute. He is a board member of the Florida Neurosurgical Society, and holds multiple appointed liaison positions between the AANS/CNS Section on Pediatric Neurosurgery and other national neurosurgical organizations. 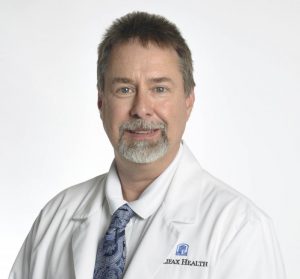 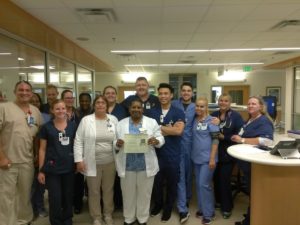 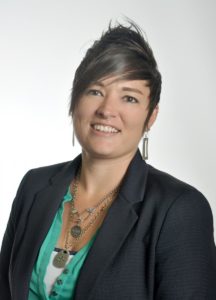 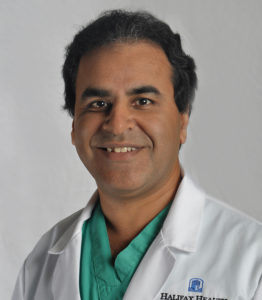 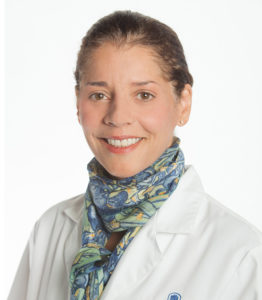