Knowing that every child is unique, our providers offer personalized guidance, support and advice for each family.

With six convenient locations, treating everything from runny noses to broken bones, we have you covered.

As a trusted community healthcare partner, we teach families about a wide variety of health factors, including illness, growth, behavior and development, helping them raise happy, healthy children who grow into happy, healthy adults.

The team of experts includes:

Depending on the needs of the child, other specialists may be involved in his or her care. The Pediatric ICU at Halifax Health Medical Center has the best trained, best qualified and most comprehensive staff in the area.

With six conveniently located offices in Volusia/Flagler counties, we are here to provide high level pediatric care for the littlest members of your family.

Halifax Health | Brooks Rehabilitation – Pediatric Rehabilitation is proud to provide pediatric therapeutic services for the children in our community that have neurological, physical, developmental and learning disabilities. Our team of pediatric rehabilitation experts work with each child to create an individualized care plan that takes into account their developmental and educational needs while also incorporating their home environment and family needs.

The Pediatric Intensive Care Unit (PICU) at Halifax Health Medical Center is the section of the hospital dedicated to the treatment of children who need the highest level of medical attention and care. Children are admitted to the PICU when their needs can’t be adequately met on the hospital’s main floors when they need closer monitoring of their condition (such as after surgery) or they are taking medications that must be carefully supervised. Halifax Health offers the only Pediatric Intensive Care Unit in the area, providing services 24 hours a day.

Caring and Dedicated Staff of the PICU

Depending on the needs of the child, other specialists may be involved in his or her care. The PICU at Halifax Health has the best trained, qualified and most comprehensive staff in the area.

What to Expect in the PICU

Children are often admitted to the PICU because of the intensive care or testing they need. Halifax Health recognizes that the hospital environment can be very intimidating to young patients (and their parents). Such anxiety is normal, but knowing what to expect can do a great deal to ease the fears of the patients and parents. Every child’s experience will differ depending on their needs, but some of them may include:

The PICU at Halifax Health Medical Center is designed to offer the full gamut of care to its young patients, from physical, to emotional, to spiritual. Halifax Health employs top talent in specially trained nurses and specialty pediatricians, offering excellent counseling and support services for patients and families.

Speediatrics, the pediatrics unit at Halifax Health, was designed with the idea of caring for the whole child in mind. Brightly decorated with a racing theme, Speediatrics creates a cheerful and reassuring environment for children. The Daytona International Speedway is nearby the medical center, and NASCAR drivers often come to visit with young patients during Race Week and other events. There are displays of memorabilia from NASCAR cars and drivers, and the Speediatrics Wall of Fame has autographs from many famous visitors.

Halifax Health – Betty Jane France Center for Pediatrics was designed with the idea of caring for the whole family in mind. Brightly decorated with a NASCAR racing theme, Speediatrics creates a cheerful and reassuring environment for the children that are receiving care and for their families.

The Daytona International Speedway is located near the medical center, and NASCAR drivers often come to visit with young patients during Race Week and other events. There are displays of memorabilia from NASCAR drivers and cars, with autographs from the many famous visitors on the Speediatrics Wall of Fame. With the help of the NASCAR Foundation and community partners, we are able to create positive and memorable experiences for the children and families that come to Speediatrics.

The NASCAR theme is carried throughout all aspects of our 32-bed pediatric unit, even with the ceiling tiles that have the Speediatrics characters on them. First opened in 1999, it was newly renovated and reopened on November 10, 2010. Speediatrics cares for more than 2,000 children each year, including about 300 of those receiving care in the PICU. Speediatrics care extends to the Pediatric Emergency Department located in Halifax Health Medical Center’s Emergency Department, France Tower Ground Level and is also NASCAR-themed.

What can I expect in the Speediatrics Unit?

Dania Rumbak, MD, is a board-certified pediatric physician and is the Medical Director of Pediatrics, Halifax Health Pediatric Emergency Department.

Dr. Rumbak is extremely excited to be at Halifax Health, and back in Florida. In her spare time, she loves exploring all that Central Florida has to offer with her husband and two boys.

Scott Furer, MD, is a board-certified pediatric physician. He earned his undergraduate and medical degrees from the University of Central Florida in Orlando, Fla. He completed his pediatric residency at Johns Hopkins All Children’s Hospital in St. Petersburg, Fla.

Dr. Furer has worked in a wide range of different settings throughout the county at specialized children’s hospitals, and in remote clinics in the Himalayas and Dominican Republic. He loves being a pediatrician and says it’s the best job in the world as there is nothing more rewarding than trying to help kids feel better.

Dr. Furer grew up in Florida and loves living near the water. He enjoys going to theme parks and sporting events, binging on Netflix, anything outdoors and bringing his Corgi puppy all around town.

Lindsey Johnson, MD, is a board-certified physician in pediatrics, neurocritical care, clinical neurology, headache medicine and autoimmune disorders, and takes calls for pediatric stroke alerts. Originally from Altavista, Va., Dr. Johnson earned his undergraduate degree from the University of Virginia, in Richmond, Va. He received his medical degree from Universidade Federal do Rio de Janeiro. He completed his residency in pediatrics at the Medical College of Virginia in Richmond, Va.

While at Shands Hospital, he began the first pediatric transport team in Jacksonville, personally riding on 99 transports. Dr. Johnson served as the medical director for the Halifax Health Pediatric Critical Care Unit from 2000 – 2018. During that time he accumulated a great diversity of experience with trauma and neurocritical care pediatric patients.

Dr. Johnson is excited to join the Halifax Health Pediatric Emergency Department and sees it as an opportunity to help pediatric patients in their hour of greatest need and have an impact on their long-term health.

In his spare time, Dr. Johnson’s hobbies include music, movies and learning foreign languages (he speaks Spanish, Portuguese and French). His greatest treasure is his wife, and their 11 children.

Julie Weinberg, MD, is a board-certified pediatric physician. She earned her bachelor’s degree in animal physiology and behavior from Arizona State University and her master’s degree in biomedical science from Midwestern State University in Glendale, Ariz. Dr. Weinberg earned her medical degree from Ross University School of Medicine in Dominica, West Indies. She completed her residency program at University of Illinois in Peoria, Ill.

Dr. Weinberg is a trained pediatric hospitalist and works with children from birth to age 18. She is especially focused on treating children with development issues, ADHD and depression.

In her spare time, Dr. Weinberg enjoys all things Disney, traveling (having traveled to over 35 countries) and spending time with her niece. 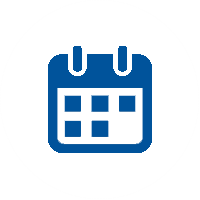 To request a pediatric appointment, please click on the link below.