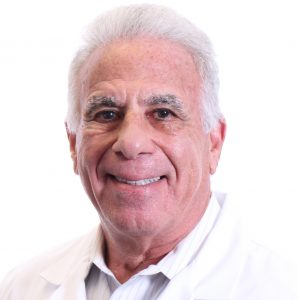 Dr. Stephen Levine was born and raised in Brooklyn, New York before attending Hobart College in Geneva, New York, receiving a Bachelor of Science in Psychology. Initially planning to pursue a graduate degree in psychology, he decided instead to attend medical school. Dr. Levine graduated from the Autonomous University of Guadalajara graduating in 1977. This was followed by an internship and five year residency in general surgery at Brookdale Hospital in Brooklyn, New York serving as chief resident in his final year. After completing the residency in July 1984, Dr. Levine obtained board certification in general surgery in 1985. He subsequently obtained a certificate of added qualifications in Critical Care. He was elected as a Fellow Of The American College of Surgeons (FACS) in 1987 relocating to Volusia County after several years of practice in general surgery and trauma surgery in Brookyln, NY.

Dr. Levine has been recertified in general surgery every ten years. He has become certified by The American Board of Wound Management (Certified Wound Specialist Physician) when this was initially offered in 2009 and recerified in 2019. He was also honored to be selected as a Trustee of The American Board of Wound Management Foundation in 2012 and currently serves as Secretary Treasurer. He is a past president of the Florida Surgical society. As a member of the Volusia County Medical Society and selected as a delegate to the Florida Medical Association.