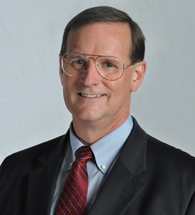 “As our healthcare industry undergoes the transformation toward the new value based patient care model, I am pleased to have a person with Bob’s unique combination of technology, business and leadership skills on our team,” says Eric Peburn, executive vice president and chief financial officer for Halifax Health.

Williams has more than 30 years experience as a computer scientist and entrepreneur.  He began his career at IBM with the IBM PC development team during which time he authored numerous publications, invention disclosures and U.S. patents.  From there, he was part of the founding team of the software start-up Citrix Systems, a pioneer in what is now called cloud computing.  In 1997, he retired from the private sector to serve as faculty member and chairman of the Computer Science and Technology Department at Daytona BeachCommunity College (now known as Daytona State College).  He subsequently developed and led a $5 million-grant program with the National Science Foundation, and went on to serve eight years as Daytona State College’s senior vice president for economic development.  For over 15 years he has served with and led numerous local committees, boards and organizations.

A graduate of Daytona BeachCommunity College, Williams holds bachelor’s and master’s degrees in computer science from the University of South Florida College of Engineering.  In 2004, he was awarded a Doctor of Laws from Bethune-CookmanUniversity for public service.